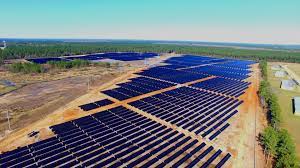 Why it matters: Silicon Ranch has emerged as a major force in the energy industry with more than 150 solar-generating facilities in 15 states that they own, operate, and maintain themselves.

What he’s saying: In a press release touting the investment, Silicon Ranch co-founder and CEO Reagan Farr — a former aide to Bredesen — says society is “still in the early stages of global energy transition.”